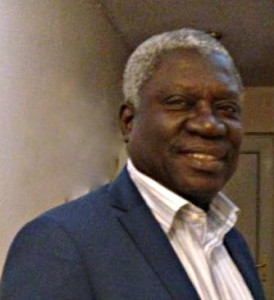 During this association, Adama attended almost all the conferences organised by the Centre as a speaker. ICRT conferences started in Cape Town, South Africa in 2004 and since then conferences have been organised in India, in Canada, in Oman, in Ireland, in Spain, in Uk, and the latest one was again held in Cape Town, South Africa in which Adama was a speaker and a judge for the first Africa Responsible Tourism Award:http://www.wtmafrica.com/en/Contributors/588590/Adama-Bah

In the Gambia, Adama coordinated the University of the Gambia 23 scholarships to Gambians and other West Africans issued by the Commonwealth Secretariat. Adama through his engagement with the Travel Foundation as their Gambian Programme Manager (which ended in 2013) is well experienced on issues of tourism and community development: http://www.thetravelfoundation.org.uk/images/media/Roots_project_summary.pdf

Every year the ICRT organises the World Responsible Tourism Day at the World Travel Market in London. Adama serves as a member of the Advisory panel to this event and has been a speaker to many side events during the World Responsible Tourism day http://www.wtmresponsibletourism.com/en/About/Advisory-Panel/ In 2015, at the WTM he was a speaker at the Change Makers session: http://www.wtmlondon.com/en/Sessions/13971/Taking-Responsibility-Change-Makers .He also organised and chaired events during the WRTD relating to issues concerning Africa: he organised the launch of an initiative he founded called  Camp Africa and recently in WTM 2014 he organised an event to highlight the impacts of Ebola and tourism.

Adama Bah is regarded as an important contributor to the Responsible Tourism movement which organises activities occasionally in Uk. As the Director of the International Centre for Responsible Tourism. I am so pleased to have associated with Adama Bah for over 15 years since we met at Commission on Sustainable Development Seventh Session 1999, New York – Harold Goodwin

Adama Bah was the Gambia Programme Manager for the Travel Foundation for from 2004 until 2013. See projects on:http://www.thetravelfoundation.org.uk/projects/destinations/the_gambia/

Harold founded the ICRTD series of International Conferences on Responsible Tourism in Destinationsin 2002, he co-chairs the conferences with the local host organisation.

He is also a Director of the International Centre for Responsible Tourism which he founded in 2002 and which promotes the principles of the Cape Town Declaration.

In the 1990’s much of his research and consultancy was on tourism and conservation, particularly in and around national parks; he directed a major study for DFID on Tourism, Conservation and Sustainable Development at the Durrell Institute of Conservation and Ecology 1994-1997, looking at parks in India, Indonesia and Zimbabwe. Consultancy work on tourism development in and around national parks and heritage trails in Slovenia, Albania and Bulgaria followed. His inaugural lecture at Manchester Metropolitan University, Taking Responsibility for Tourism, reveals a good deal about what makes him tick. The comments made in the ‘little black book” presented at the party to celebrate 10 years of Responsible Tourism in April 2011 are revealing too. In October 2015 he was interviewed for Sustainability Leaders.

In 1998 he wrote the first paper on Tourism and Poverty Elimination for DFID, this led on to his work with the Pro-Poor Tourism Partnership and to training, evaluation and consultancy work on tourism, local economic development, and poverty reduction. In The Gambia he led a market access project for informal sector craft workers, guides, fruit sellers and juice pressers which significantly increased their incomes.

Harold has worked as a consultant and researcher for the UN World Tourism Organization, the UK’s DFID, the EU, the World Bank, KPMG, Deloitte & Touche, the International Finance Corporation, the Aga Khan Development Network and the International Trade Centre; and for a host of tour operators including the Association of Independent Tour Operators and the Federation of Tour Operators/ABTA 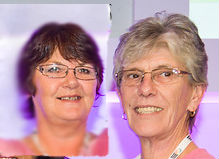 Kate is placement director, matching the skills and abilities of volunteers to project needs.

With over 20 years’ experience in the travel industry, including the development of cultural immersion tours for specialist UK travel companies, Kate has always placed particular emphasis on matching travellers’ cultural experience to the need for rewarding and empowering experiences for their hosts.

Kate holds a firm belief in the inherent ability of individual people to achieve great things through working together. She is repeatedly humbled and inspired by what individual volunteers achieve in their work, and gains great rewards through past, present and future volunteers sharing their experiences and knowledge.

Sallie is programme director. She works on an ongoing basis with local people to build meaningful volunteer programmes.

Sallie‘s volunteer experience includes work in The Gambia, coincidentally at the same time as Harold was working there on national tourism guidelines. (meet Harold below). Their fortunate meeting and subsequent discussions led them to pursue a better way to serve local communities and volunteers.
Sallie ran a niche marketing company for 20 years, and has served as a non-executive director and consultant in industries as varied as retail, finance, health and tourism. She has a proven record in direct marketing and business development. She has worked with communities in Africa to improve their economic welfare.
Sallie’s own experience in volunteer work, as well as the shared experiences of other volunteers and the communities in which they worked, left her frustrated and cynical – but also inspired by the potential benefits of skill share for volunteers and local communities … and determined to do something! 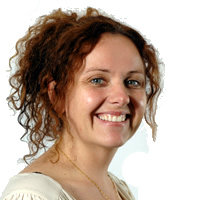 Lucy McCombes is a tourism and community development professional with an academic background in Social Anthropology of Development (MA) and Responsible Tourism Management (MSc).

Prior to joining the ICRT team in 2009, she worked for five years in urban regeneration in the UK, and for five years in community development in Mali, The Gambia, India and Jamaica. This has included working for Plymouth New Deal for Communities, PLB Consulting Ltd (natural & cultural heritage specialists), the Association of Small-Scale Enterprises in Tourism (ASSET) in The Gambia, Refugee Action and development NGOs in Mali 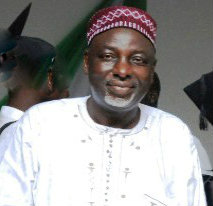 Principal and founding member of The Institute of Travel and Tourism of The Gambia (ITTOG) . has received an ward for his contribution to tourism development in West Africa at AKWABA in Nigeria. Mr. Nyang has extensive experience in tourism and travel industry organisations in the private and public sectors and has worked in the areas of travel, tourism operations and distribution, transport logistics and tourism policy development and implementation.

Prior to Heading ITTOG, in 2008, Mr. Nyang was Director of Tourism at the ministry of tourism up to the mid 90s and also coordinated the Gambia Tourism Master-plan study. He has held a number of other senior positions including his current position as chairman of the ECOWAS Tourism Committee.

He has worked both within the public and private sector of the tourism industry both in Norway and in The Gambia. Hehas been Director of Tourism at the Ministry of Tourism, a manager in some hotels and runs a small scale tourism business himself.

He has contributed immensely to the formation and development of Gambia Tourism Concern and ASSET. 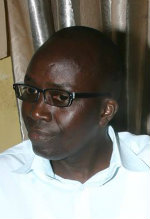 Lecturer at the University of The Gambia

Daouda has been working in the tourism and hospitality industry in the Gambia for fifteen years and have contributed in the development and implementation of policies and strategies on responsible/sustainable tourism both within the public and private sectors including assignments for the United Nation World Tourism Organisation (UNWTO) and the International Trade Centre (ITC).

A member of the International Centre for Responsible Tourism West Africa (ICRTWA), Daouda is currently working as a full time tourism lecturer at the university of The Gambia as well as providing continuing prefissional Development (CPD) to tourism and hospitality professionals,

From Aug 2011 to May 2013, Daouda, as a consultant for the Travel Foundation UK, signficantly reduced water and energy usage in 1o hotels in The Gambia through the development and implementation of sustainable tourism policices for each hotel. Training programs aimed at creating awareness on the environment and equipping hotel staff on their environmental responsibilities were conducted. Monitoring and evaluation mechanisms were put in place to measure progress and periodic management reviews were done in order to enact corrective actions.

From 2004 to 2011, Daouda worked as the General Manager for the Association of the Small Scale Enterprises in Tourism (ASSET), where he successfully concpetualised and implemented projects that led to greater market access to the mainstream tourism industry for small businesses and communities, thus reduced poverty and contrubuted immensely in the spread of the tourism benefits.

Daouda holds a Master’s Degree on Responsible Tourism Management in Destinations from The University of Greenwich in England in 2010.

Daouda is fluent in both English and French languages (reading and writing). 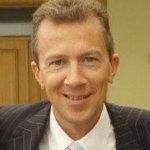 Fabrice is a renowned expert in the field of tourism, he has developed and implemented tourism projects and proposed innovative solutions for the strategic positioning of destinations while always respecting the three fundamental components of sustainable development.

Fabrice has over 15 years professional experience in this area. He worked for Eurofin Hospitality as Senior Consultant on tourism development and lately (2014) held the role of CEO of a Ghanaian tourism development company. Previously, he held permanent positions at the UN for sixteen years, starting at the International Labour Office (ILO), then at the International Trade Centre (a joint UN-WTO agency). As the Manager of two poverty reduction programmes, he was primarily concerned with the management of inclusive tourism projects, which better involved local disadvantaged populations. In this context, he notably developed partnerships with hospitality groups such as Accor, Iberostar and Marriott, with the aim of reinforcing local economic development and highlighting the unique environmental and cultural aspects of various destinations. Before that, Fabrice held important positions in the private sector for ten years, among which the role of Commercial Director for two international hotel chains in Belgium.

Fabrice is Belgian, fluent in English, French, Portuguese and Spanish, with a good understanding of Dutch. He holds a Bachelor’s degree in Business Administration from the University of Liège in Belgium.

2015 | CAPE VERDE Final evaluation of the Hospitality and Tourism School 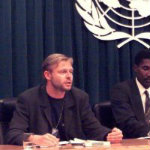 Sustainable Tourism has been his field of work from as early as 1984, when he was the first coordinator of the Dutch foundation Tourism & Third World which was one of the founding members of TEN (First European Network for sustainable tourism).
From there he founded the Retour foundation (1986), and have been working for this foundation until now, in different fields of work varying from
– hands-on project building with Maasai in Tanzania, through
– consultancies in Latin America for the Dutch Development Assistance,
– offering expertise to the UNWTO/UNEP for their World Ecotourism Summit and to ECPAT and the Code of Conduct in the campaign against child sex tourism.

Besides my work for the Retour foundation in international, long haul tourism, I worked as a planner for domestic tourism in the 1990’s and owned and ran two SMEs in a touristically developing region in Andalucia between 2003 and 2009. There I gathered hands-on work experience in tourism, exploring the limits of small scale entreprises in the development of sustainable tourism and experiencing how vulnerable small stakeholders in tourism are to economic crises and (informal) powerstructures.

Besides my work for the Retour foundation, I also participate part-time in research projects at the Rasboud University on Corporate Social Responsibility.